Making Friends With Television – The subtle art of relaxation

.The Subtle art of learning to relax… 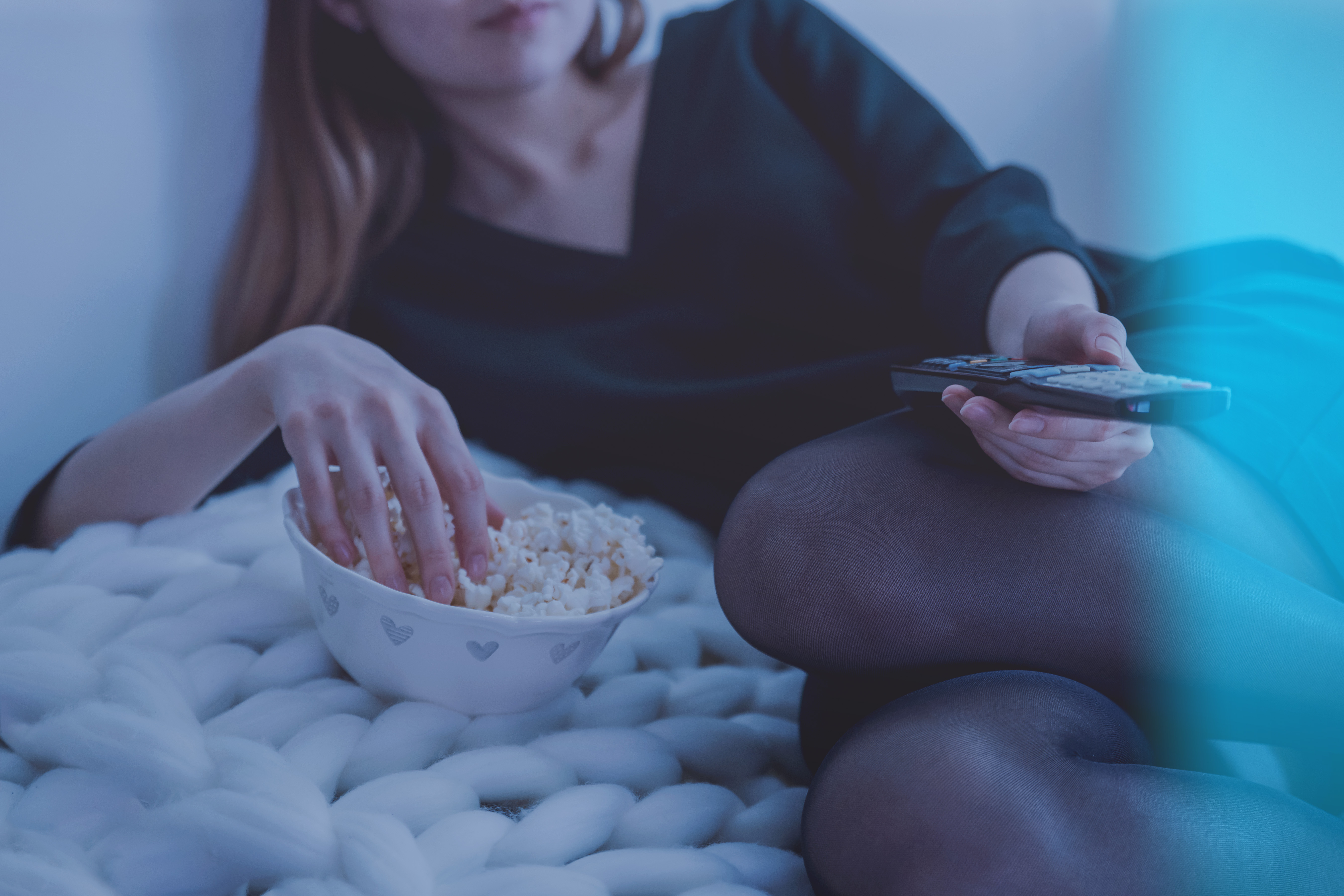 It is 10 pm, I have just driven three hours back from filming for two days in the North of England. I have unpacked my bags and remembered I have voiceover work to do. The work is scheduled to be completed by tomorrow but I don’t know what else might be on my work plate by the morning. I have international clients who contact me while I am sleeping. Because of this constant uncertainty, I always tend to lean on the side of ahead-of-schedule ‘just in case’. However, this means I have a niggle I should start this work now.

As I wrestle with my conscience, it just occurred to me that while I was away for the last two days, I was kind of living a life normally alien to me; the 9-5. I got up early, went for a run, got ready, commuted 25 mins to get to the studio for 9 am, worked until 5.30 pm, then traveled back to my hotel. By about 6.30 / 7 pm I had eaten, washed and was ready to start work again. If only I could have. You see, as a freelancer, a day out and about working or auditioning nearly always means getting home to start more work. Answering client enquiries, producing and sending a sample of me voicing a 9-year-old boy, an angry onion or perhaps a solicitors on-hold telephone message or whatever… This has become quite normal.

When I was fed and showered by 7 pm, a slight panic washed over me. What to do next? Without my home studio, I was unable start the three voiceover jobs imminently due, and I had answered emails sporadically throughout the day in between my other work. I sat in silent apprehension on the bed twiddling my thumbs, feeling it was too early to retire with my kindle, silly to go for another run and too late to travel an hour to the nearest city in search of a salsa (an occasional hobby of mine).

Frozen by indecision, I eyed the unfamiliar rectangular plastic box covered in shiny glass on the wall opposite my bed. I realised that the activity of choice for many people when they get in from an honest day of work, is relaxation with a bit of TV. I might as well have suggested ordering caviar (not that I would have got it, I was in Premier Inn), covering myself in rose petals and bathing in champagne. Because that is how decedent I felt, to even consider that I could just sit on my behind and indulge in passive TV viewing, for no other reason than my own relaxation. But, sit is what I did, and as one programme rolled into the next, the guilt slowly melted away. I honestly thought that there was a part of me that could quite get used to this.

I knew though that getting used to it might only be possible if I wasn’t self-employed in a notoriously fickle industry. One that can easily have you worrying that every bit of work that comes in might just be the last. It was only the combination of having done a day’s work that I knew I was actually going to be paid for, while being physically unable to get to my studio that enabled this unusual state of forced relaxation. I very rarely to never have the discipline to make that decision for myself.

Director and Voicereel producer Guy Michaels from Voiceover Kickstart told me recently while working on my voicereels, that he makes a point these days of sticking to some kind of structured working day, switching his work phone off by a certain hour and setting boundaries. I remember thinking ‘one day I will do that too…’

But old habits die hard because now I am home, we are an hour from midnight, I am half way through a blog. I am also wondering if I should start voicing, or at least printing off scripts and marking them ready for tomorrow. I also have lines to learn for an acting audition the day after tomorrow. Do I start that now even though my eyes are stinging with fatigue? But if I don’t and I fluff it, I will only have myself to blame…… Argh.

Sometimes I hate being the master of my own schedule. When someone else was master of it yesterday and the day before, I actually had permission to switch off from work at 5.30 pm. OK I felt lost at first, but then strangely calm knowing that when the director shouted ‘it’s a wrap’, my work for the day was done. It felt good to kick back and just do nothing for a few hours. Guilt free. And while I know I am a long way off from awarding myself regular or guilt free permission to relax, It was certainly nice while it lasted. It has given me something to aim for when I finally do teach myself to chill out…and who knows, I might one day even buy myself a telly.