5 unexpected benefits of working as a voice over artist 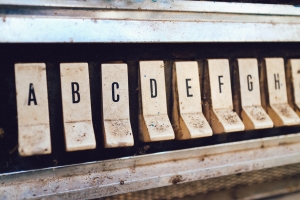 I do quite a few activities and I have noticed that skills learned in one activity can cross over and help your understanding in others. For example, the calmness you need to learn when a horse is running off with you is also rather handy when on a snowboard careering down a hill wishing you hadn’t shown off to your friends by attempting that icy black run.

Same with dancing. I have been  Salsa dancing for over 8 years. This has helped me take certain principles from that and apply them to learning other new partner dances. One thing feeds the other.

I mention the above because I have noticed that the same thing happened after I started working as a voiceover artist. Here are some of the main unexpected benefits I have noticed so far in my voiceover career.

1. Improved grasp of the English Language

The voiceover artist deals with scripts every day and this really does wonders for your language skills. It isn’t until you start dealing with language at such a forensic level that you really stop and think about the formation of words on a page. More essentially, the correct pronunciation of spoken words. For example, pre voice over days, I would have pronounced the word ‘schedule’ “sked-yul”, like many people do. In fact, the correct pronunciation in the UK is “shed-yul”. Sked-yul is the American pronunciation. All fine if voicing for a US client of course but useful to know if you’re not.

Another one I only became aware of recently, is the correct pronunciation (in the UK at least) of the word harassment. I used to always place the emphasis on the second syllable as in “harassment”. However, since listening to a lot of BBC Radio 4 and hearing the emphasis placed on the first syllable, ie “harrasment”, I have since researched and realised that “harrasment” is in fact the correct pronunciation. Good old BBC.

A few years ago, I wouldn’t have even noticed these things, never mind grown curious enough to research.

Of course all these new things you learn about pronunciation, have to be adapted to the clients you are working with, but respecting the correct pronunciation in your native tongue is a good place to start and good practice.

My sister is in the music industry. She works with some of the biggest names in the business. She knows a thing or two about instruments and voice. A couple of years ago when sitting around the table at our parents for lunch, she suddenly announced that my voice was different.

“Different in what way?” I asked. She went on to tell me that she couldn’t put her finger on it, but my speaking voice was somehow fuller and stronger. I hadn’t really thought about it until then, but it does seem obvious when you think about it. If I was lifting weights every day for many years, then my biceps would get stronger. Being in front of a mic almost every day, maintaining character voices or doing long form e-learning voice overs has, without me really noticing it, made my vocal chords stronger.

When driving home from the meal and doing my usual ‘sing like nobody is watching’ routine, I realised she was right, although I am certainly no Mariah Carey, I can indeed hold notes a little longer than I used to and I seem to have more vocal steam. Thank you voice over. My neighbours might not thank you for it, but I do.

Let me get this straight, I am not saying I am a punctuation expert, I have a lot to learn, but being a voiceover talent really, and I mean REALLY makes you appreciate the correct use of punctuation and grammar. I am often presented with a script that comes only with a vague description of what the client wants. The only other clues I have as to how to voice the piece come wrapped in the valuable nuggets of information we call punctuation, and getting it right is essential to the flow and very essence of a script.

Providing voice talent with a script full of missing or bad punctuation is a bit like an architect giving the builders a set of plans with absent measurements, or handing a baker a recipe for a cake which states only the ingredients to be used but leaves out exact weights and quantities.

Good punctuation, takes the guess work out and helps me do a much better job at interpreting my clients script. Sometimes, being a voiceover makes me look back nostalgically to my school days and wish I’d paid more attention in my English classes.

4. The gift of Sight reading

A lot of acting training suggests getting into the practice of finding text everyday and reading it out loud. This, they say will help your sight-reading skills. Of course, you try to do this as much as you can, but like going to the gym, you could always be doing more. Since becoming a voiceover artist however, I realised that when I go to acting auditions where they haven’t released the script prior to the meeting and you literally get ten minutes with it outside the room before you go it, I am now more capable of confidently sight reading a script because I do it virtually everyday. 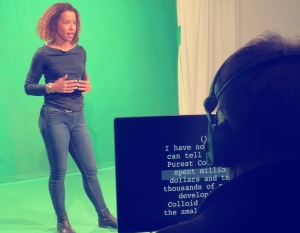 As a voiceover artist, you have to become competent at seamlessly reading text loud, in a room full of strangers and often with subject matter that is unfamiliar at best and downright alien at worst. This involves training your brain to scan ahead to find and grasp the upcoming sentence before you’ve finished vocalising the current one. This really does develop your sight reading skills and has helped me so much with acting auditions.

It has also helped me exponentially when I do presenting work. As a TV and Corporate Video presenter, I work with autocue, and I have noticed that the more voiceover work I do, the better my autocue skills become. Keeping up with a scrolling script without tripping over your words every paragraph is no mean feat. I thank voiceover work for providing me with this valuable skill.

Finally, I have always been one for learning. Call it nosy, but I love finding out about new subjects and advancing my knowledge in current interests. Many of the narrative scripts I am handed, scripts for museum audio guides, and even explainer videos, contain interesting information or facts that I would never normally have been exposed to. I am constantly learning new things, much of it interesting, useful or both.

I feel truly blessed that I can get paid for learning. Whether it is a script on ‘the types and causes of urinary incontinence’ or something a little more colourful; ‘the life and works of Van Gough’ for instance, I am always happy for the new knowledge.

So there you have it. Just 5 surprising benefits of working as a voiceover artist. Who knows, over the years, I may notice even more and add to this blog post!