So you are an actor thinking of becoming a voiceover artist? Read on to discover why you may be more suited than you think…

‘Voiceover Artist’, is one of those non-conventional job titles that has people either frowning at dinner parties or assuming you do funny voices and impersonations all day. It is a misunderstood profession. A bit of a mystery.

For this reason, voiceover work tends to attract people from professions where there are crossovers. Acting is one if these professions, and many voiceover artists hail from a performance background.

Anyone who reads my blogs no doubt knows I fall into that camp myself. I was an actor many years before becoming a voice over talent, but it strikes me just how many actors who show an interest in voiceover work, don’t appreciate just how many relevant skills they may already have that could offer them a leg up.

The Covid 19 pandemic has hit the creative industries hard and many actors have been looking to diversify. Many of my actor friends have told me they are now exploring voiceover work. After all, once you have a home studio set up, there is no safer environment in today’s climate than a voiceover booth built for one, in your own home.

Here are some reasons why if you are an actor thinking about branching out in the voiceover business, you may be further ahead than you realise.

Rejection is a regular part of the job when you are an actor. We spend 90% of our time auditioning, learning lines, travelling to auditions, keeping on top of accents, trying to keep our memories sharp, getting called to second auditions…. And then hearing ‘no’ or worse still, nothing at all. Tumble weed blowing past our inbox. 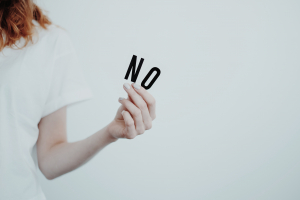 Actors are used to hearing the ‘NO’ word

The odds of getting work are always extremely low. I think as I write this, I am on audition number 20 with as many ‘no’s. In fact, my most recent ‘no’ was just 20 minutes ago. After learning lines, spending time doing research, a first round of auditions, then more learning lines and a second round of auditions. It was yet another ‘thanks but no thanks’.

The odds are not much better in voiceover either. If you are on one of the ‘pay to play’ sites like Voices.com or Bodalgo (others are available!), I have heard people who have been around far longer than I say that getting 1 in 100 auditions is a decent result. That is 100 auditions, to gain 1 job. 1 job which could average £200-400.

Suitable auditions come up on these sites around 5-20 times per week for an average performer. As they say in the USA… you do the math!

Resilience is a must, and actors already have this. In fact, we normalise it and some of us even wear our resilience as a badge of honour.

2. You already know how to act 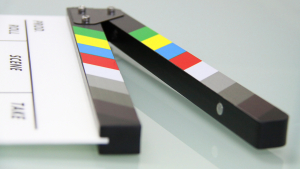 you have the skills!

We can all grasp and appreciate the performance skills needed to voice a cartoon character or a video game baddie. What is not widely understood though is that even areas of voiceover that don’t require character work as such, like eLearning, still involve a vast amount performance. Both technical and vocal.

Actors understand about performance, they understand the concept of vocal projection, vocal tone and inflection. They understand that there are certain technicalities the camera or the stage needs so their performance translates as natural to their audience.  They know what someone means when they ask you to ‘put a smile in your voice’ or ‘put more warmth in the voice’.

Actors understand how to let go of themselves and become whatever they are needed to be. These are all part of the skillset needed to pull it off as a working voiceover.

3. You may already have useful contacts

Many actors not only have a head start in the voiceover game where performance is concerned, they may also have a leg up where contacts are concerned. 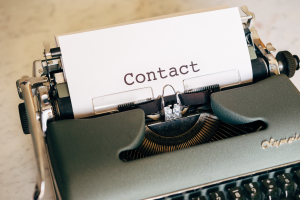 you are familiar with making contacts

Like the acting business, the voiceover business is a very closed one. Jobs are not advertised in the public domain like traditional areas of employment, and very often, they are not even ‘advertised’ at all.

Actors get hired (usually after a successful audition) by businesses like this to work on corporate training videos or role plays, or TV commercials. It is often these same companies hiring voice actors for other projects they have going on.

If you make a good impression on set, it can lead to further opportunities. I have gone on to win voiceover work while on acting jobs after mentioning that I am also a professional voice actor.

Sometimes it can be months or even years later. But these are connections you might never have been able to make in the first place had it not been for acting.

Actors work with scripts every single day. Every audition request we are sent will contain script to learn or study. 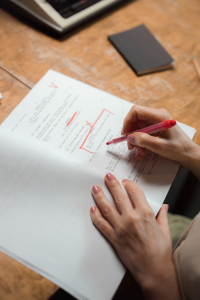 Reading between the lines of scripts to understand a character’s intentions is a skill that is developed over time and it is a skill you as an actor, already have. Actors like voiceovers understand the subtleties in script. We look for punctuation, any nuance that tells us how the writer intended the script to be interpreted.

Often, voiceover scripts are written by non-writers and the punctuation can be anything from questionable to downright wrong. As voiceovers, it becomes our job to interpret and decipher whatever is handed to us. We search for meaning and sense where sometimes there is none. This is no different to what you do as an actor.

Actors also sight read a lot. That is, get handed an unfamiliar script, which they may need to perform for a job, audition or acting class only minutes later.

In voiceover, scripts are never learned. They are studied, marked up and made familiar with, meaning sight reading skills are essential for the voice actor. In fact, without them, you probably wouldn’t get very far as a voice talent.

Your ability to sight read is probably one of the most useful transferable skills you have developed as an actor. Don’t underestimate it.

5. You are good at networking

Actors know the importance of making connections. Work never just comes to actors and is pretty much never advertised in the traditional way. We rely on relationships with Agents, casting directors, production companies and so on to put bread on the table.

This also means being visible. It means utilising social media, networking, reaching out to 50 agents for representation, and generally getting along with folk. These are all things most actors already embrace and accept as necessary for success.

The voiceover business is the same. People are reassured when they can get to know you a little before hiring you. They like to see what you have been up to, and they like to know they can trust you.

Having a relevant social media presence and taking time to make connections, allows people to gain the confidence required to hire you. It reassures people you will deliver their files on time and without drama.

Actors know it is vital to be seen, to be out there. This is increasingly important in the voiceover business too. Especially when you are just starting out and people do not know who you are. 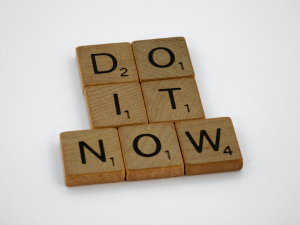 To any actors reading this dabbling with the idea of exploring the voiceover business, just know that you are already one step ahead. You already have most of the skills needed to be a professional voiceover.

Yes, there are other, mostly technical skills you need which you might not have at the moment, but know this: they can be learned.

You already have the resilience to approach countless acting agents for representation or go to 30 auditions without getting the job. I am sure you have it in you to put the hours into leaning how to set up a home studio and get your head around editing software.

Within YOU is the power.